By J. Scott Butherus 11 months ago 8511 Views No comments 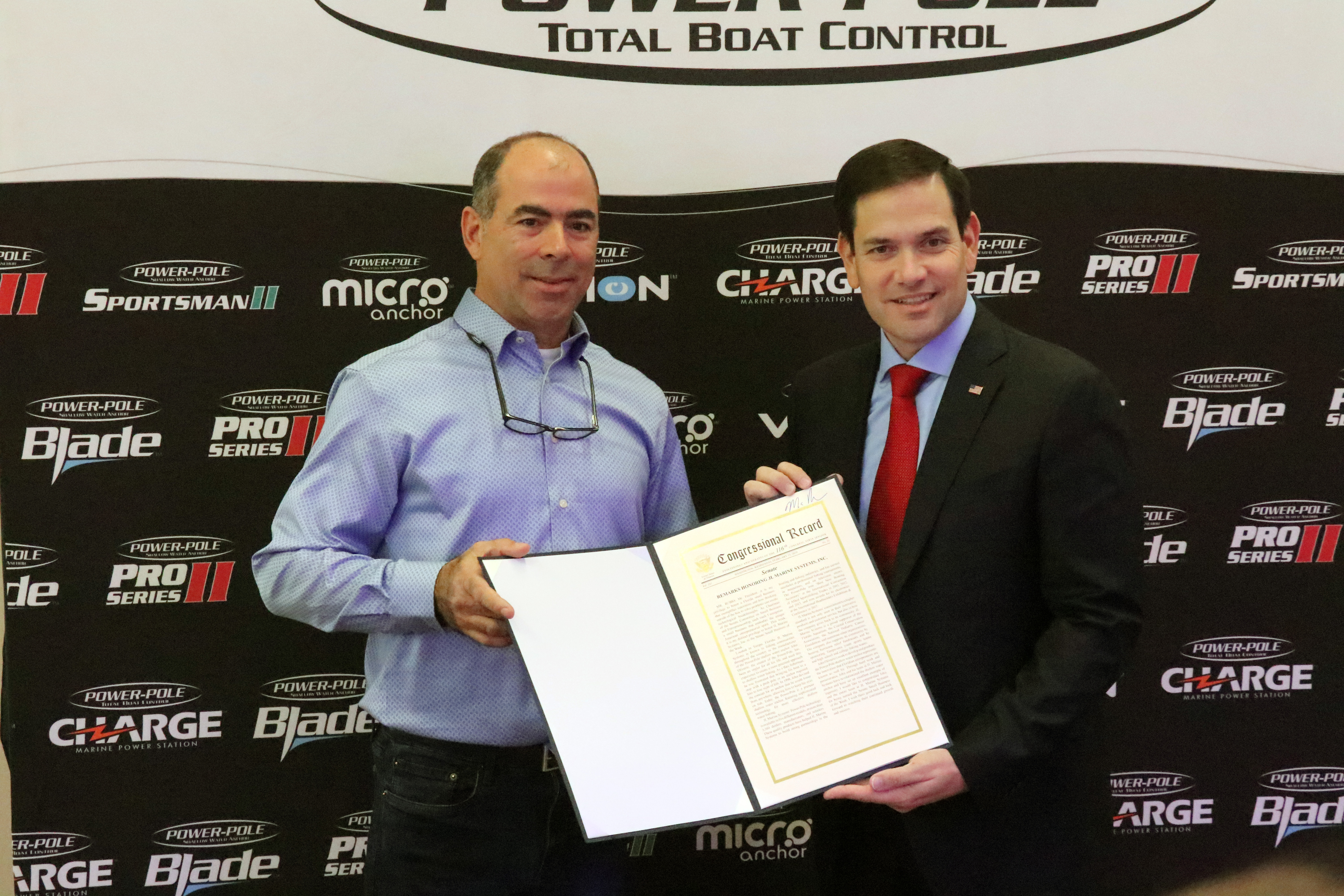 TAMPA -- Senator Marco Rubio (R-FL) got to know a little more about the innovative Power-Pole line of products and the people behind them during a first-hand look at the JL Marine Systems corporate headquarters in Tampa, Florida, on Thursday.

The Chairman of the Senate Committee on Small Business and Entrepreneurship honored the company with the U.S. Senate Small Business of the Week Award during a private tour of the facilities. Company founder John Oliverio was also presented with a signed copy of the official remarks that were read during the proceedings of the 116th congress.


“The magnitude of it hit me when he said that today would become a part of the congressional record,” Oliverio said. “200 years from now people can look this moment up if they wanted. That’s pretty cool.” 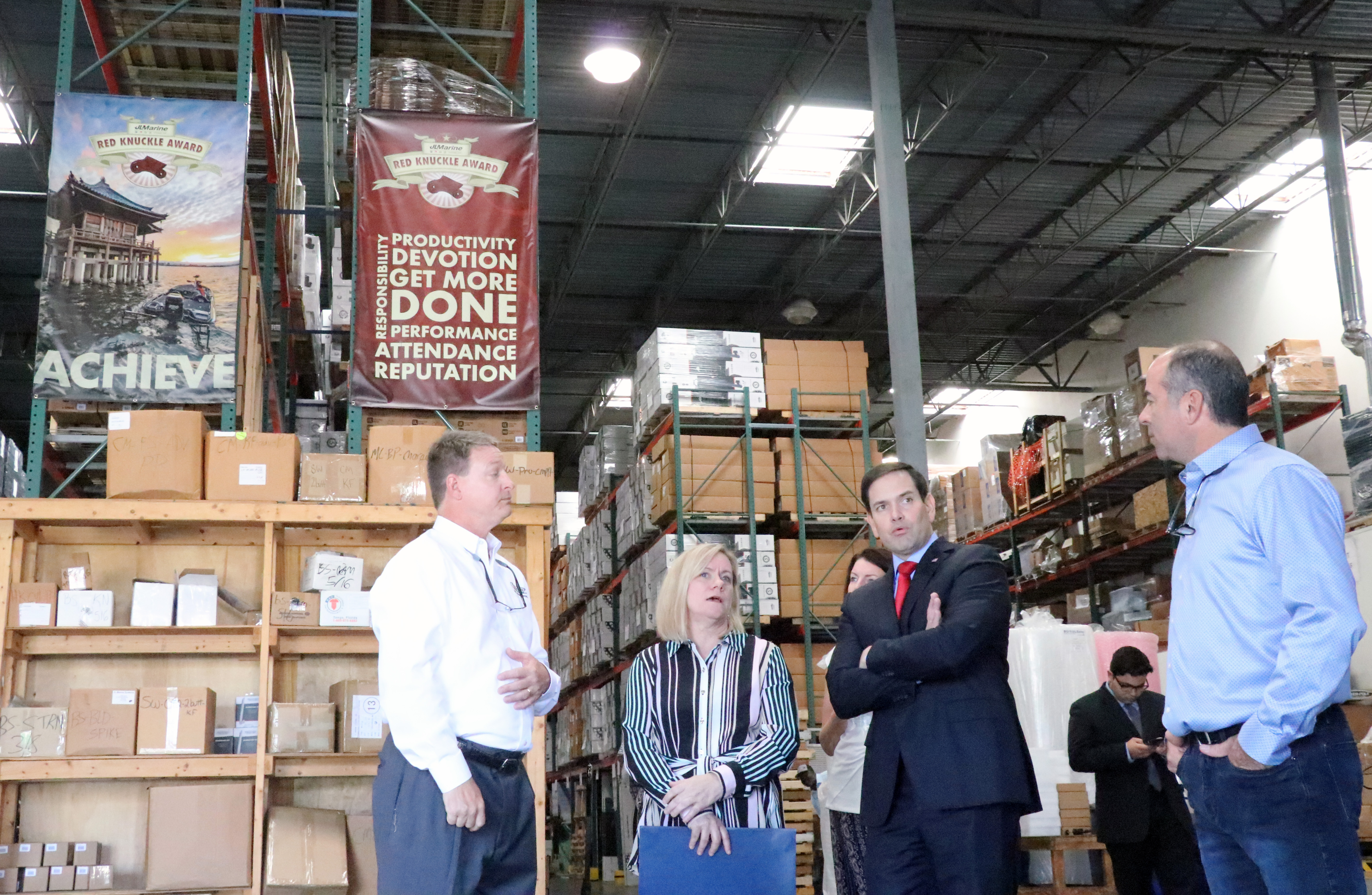 During his tour, Senator Rubio was able to see how the Power-Pole brand went from a simple concept to a small operation on John's front porch to an industry-leading company with over 120 employees. Rubio praised the company for its commitment to manufacturing its products on-site and growing and training its workforce using local workers.

"It was surprising how much you guys do in-house," he said. "It is kind of the prototype of what we want to see more of -- these homegrown businesses that turn out to provide all these opportunities."

By the end of the tour, Rubio, a Miami-native and boat owner himself, said that he was ready to install a set of Power-Poles on his boat for when he is out on Florida Bay.

"My family has been fishing for thousands of years," the son of Cuban immigrants said. 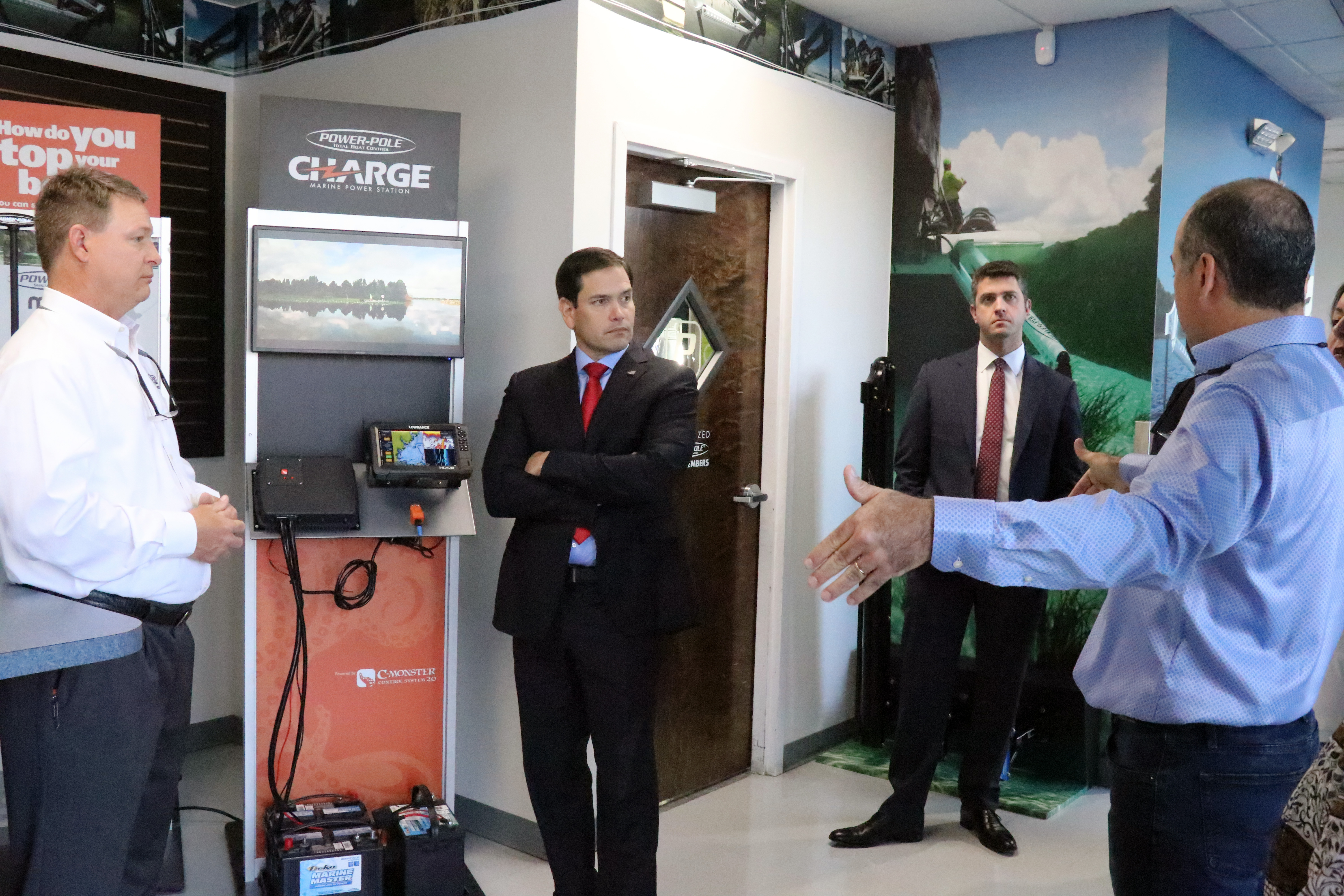 “It is an honor to be recognized in that way,” Oliverio said. “This is more a testament to the company as a whole and the employees who made this possible. I’m truly fortunate to be surrounded by such a great group of people who have shared my passion and believed in our mission.”