By J. Scott Butherus 11 months ago 1940 Views No comments 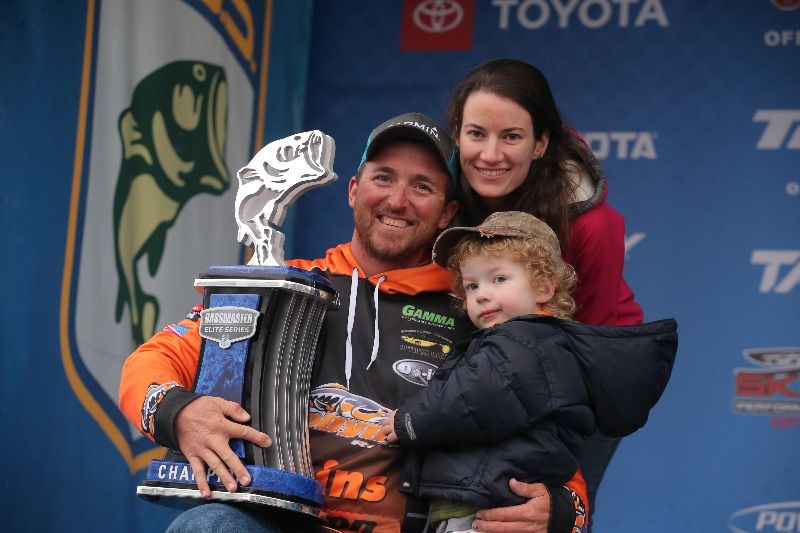 Power-Pole pro Paul Mueller went with what worked to take the Toyota Bassmaster Elite during the first ever Elite Series at Lake Lanier in Gwinnett, Georgia.

With temperatures in the low 40's heading into the final day of the event, Mueller went against the conventional wisdom of the lake, which usually see the spotted bass following the nomadic schools of baitfish, to focus on a single deep-water ledge that had produced for him earlier in the tournament.

“I had run out of options, so I went back to my primary spot and caught a 5 1/4 (pounder) and then a 4. Without those two fish, I don’t win.” Mueller said. “Who would have thought you could win this tournament — a blueback herring tournament — off of one spot?”

Mueller credited his catch on the final day of the tournament to a 3 1/4-ounce Reins Fat Rockvibe Shad Swimbait on a 1/2-ounce herring head underspin jighead with the spinner removed.

Chris Johnston, who finished 10th in the event, moved into the lead in the Toyota Bassmaster Angler of the Year race.