By J. Scott Butherus 10 months ago 3396 Views No comments 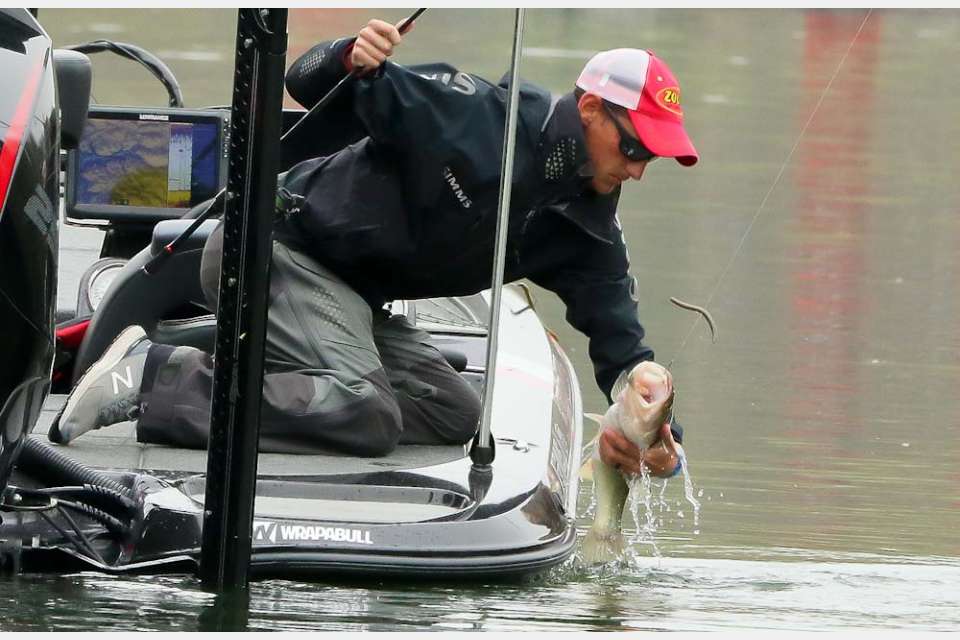 Brandon Cobb held onto the top spot on the leaderboard from start to finish in this weekend's Bassmaster Elite Series event on Lake Hartwell in Anderson, South Carolina.

The Power-Pole anchor-equipped angler from Greenwood, SC -- just a short drive from the tournament venue -- made the most of his "home lake advantage" with a four-day total of 72-4, including a final-day catch of 16 pounds, 14 ounces on Championship Sunday.

“Being on my home lake helped," Cobb said. "I literally never ran out of places where I felt like I was going to catch one.”

Hartwell did most of his damage in the shallows where the bass were bedding. He credited his Power-Pole anchors and a 1/8-ounce Greenfish Tackle shaky head with a green pumpkin Zoom Trick Worm for helping him land the fish almost immediately after they were spotted.

“I was going down spawning areas throwing that Fluke Stick at anything that even looked like a bed, hoping to catch them before I got there,” Cobb said. “If the fish didn’t bite before I got up there, I’d Power-Pole down, pick up a shaky head with a Trick Worm and fish for him until I caught him.”

It was the first-ever Elite Series win for Cobb, who took home the $100,000 purse for the event.

“I’ve been so close so many times to winning tournaments like this and just never quite been able to put it together," Cobb said. "But it all came together this week.”

Fellow Power-Pole pros Stetson Blaylock (68-11) and Micah Frazier (63-6) rounded out the top three for the tournament. Florida's Drew Cook finished fourth (63-4) to move into the overall lead for this season's Toyota Bassmaster Angler of the Year standings.