By J. Scott Butherus 9 months ago 3619 Views No comments 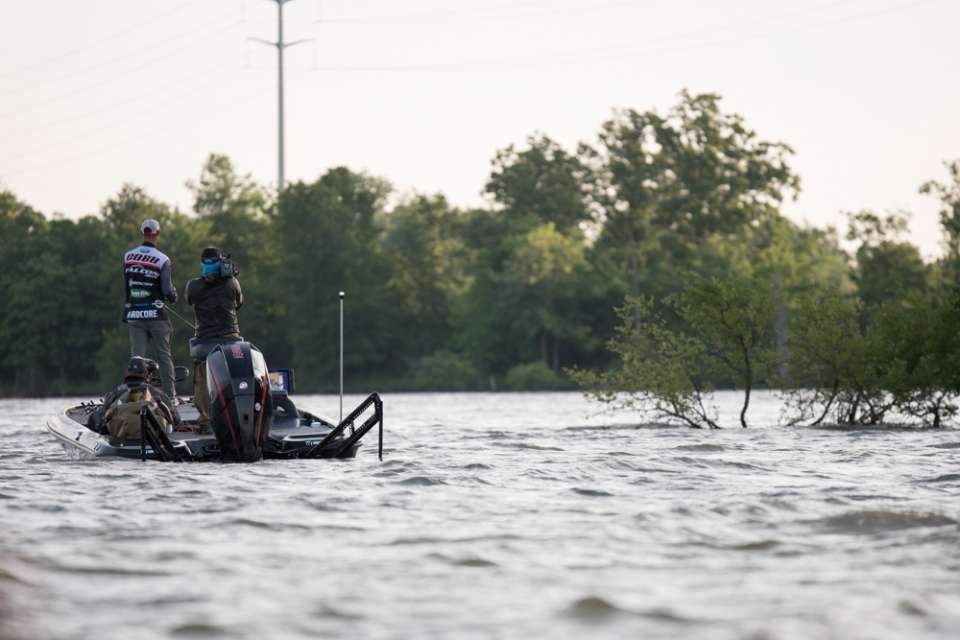 Brandon Cobb continued to dominate the BASS Elite Series circuit to start the season with a win at the Toyota Bassmaster Texas Fest on Lake Fork Texas. Cobb finished with a total weight of 114 pounds -- including 29-15 on the final day-- to earn the B.A.S.S. Century Belt.

Cobb took home the $125,000 purse for first place and also earned himself an automatic berth into the 2020 Bassmaster Classic with the victory. His 11-1 fish on Sunday was the largest fish of the tournament, which also scored Cobb a new Toyota Tundra. It is the Power-Pole anchor-equipped angler's second major victory of the season after winning last month's Elite Series event on Lake Hartwell in South Carolina.

“It’s absolutely been an amazing season for me,” Cobb said. “I had a lot of success on the FLW Tour, but I never could quite put together a win.

“For so many things to go right this season, it’s just been a dream come true.”

Cobb found much of his success in shallow water where he was able to use his Power-Pole anchors to his advantage.

“I was basically running points and flats, and the areas I was fishing might be 6 feet deep for 200 yards,” he said. “But the fish, when they were eating, were in 1 to 2 1/2 feet of water up on the tops of the shellbeds.

“I’ve got mud all over me because I had to pick mud off my jerkbait bill just about every cast. I was literally jerking it into the bottom.”

Cobb wasn't the only angler to earn the coveted Century Belt during the event. Power-Pole sponsored angler Garrett Paquette became just the second angler since 2013 to weigh-in 100-plus pounds during a sanctioned event. Paquette finished second overall with a 101-15.